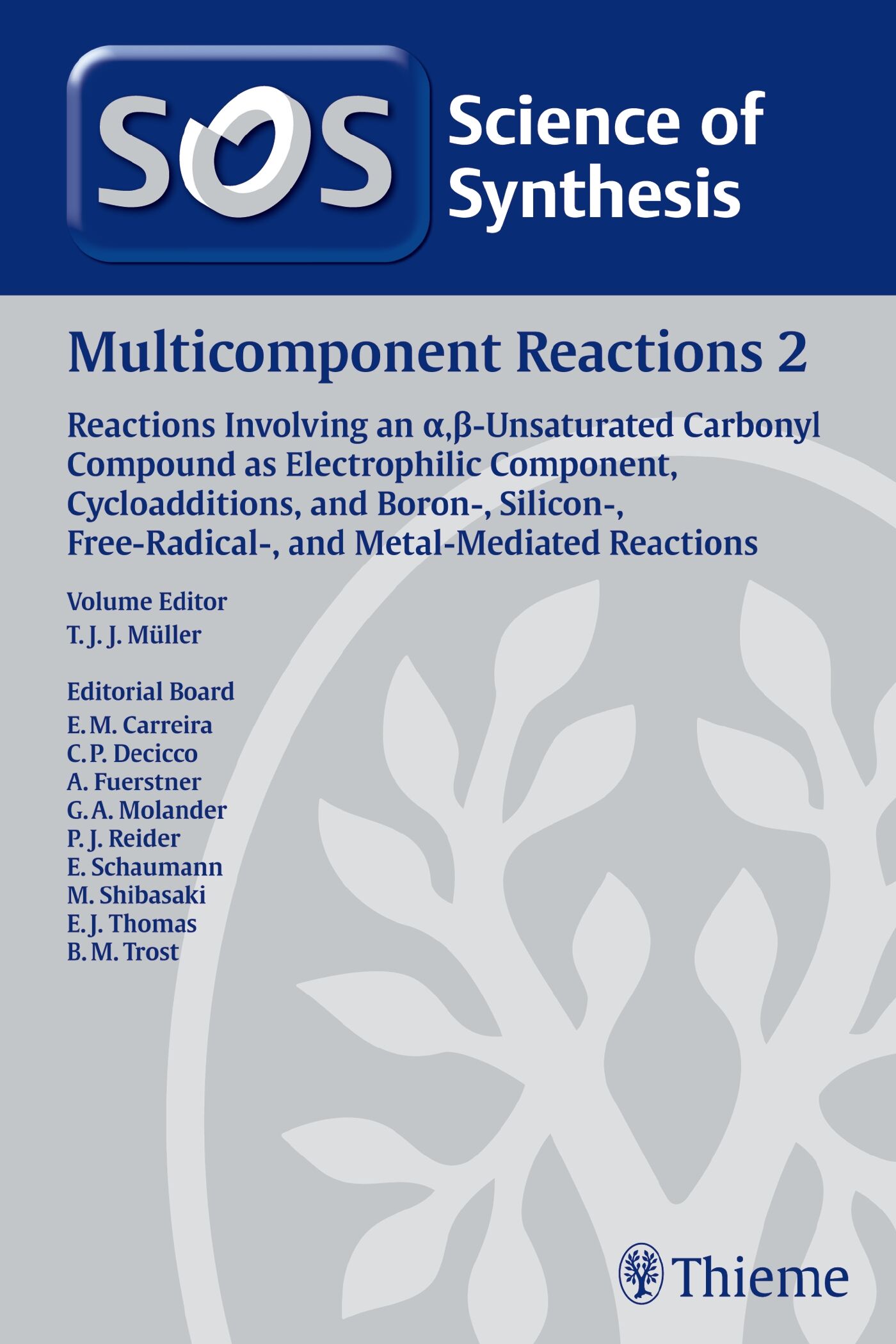 The two volumes "Science of Synthesis: Multicomponent Reactions" critically review the state of the art of domino, sequential, and consecutive multicomponent reactions in what is a highly dynamic field. They serve as the basis for practical application to reach the goals of diversity-oriented synthesis, reaction design, and novel synthetic concepts. As is typical for the Science of Synthesis series, the reference work on multicomponent reactions presents the best synthetic methods as judged by experts in the field and includes typical and general experimental procedures.